This is my submission for the Mini Jam 56: Sky!

You are trying to get recruited for the sniper army, but first you need to accomplish a challenge. Your supervisor wants some Doughnuts, unluckily they are stuck in rooms you can not open. Find a way to open them and maybe you have a chance to become a really epic sniper!

It's basically a Sniper puzzle game I guess.

This game was amazing! Definitely worthy of the number one spot. I won't spoil the mechanics, but they're all very smart.

That last level was so tough, but the game was good as, it made me want to keep playing! Man, I think I spent 10-15 minutes on that last level. I'm not sure why the Admiral guy said I could not be recruited at the end (if that was because I spent too long on the puzzle, then my criticism would be, uh, when you try really hard at something, then you accomplish it, and someone tells you even though you did it it wasn't good enough, that's very sucky yknow?)

Also, maybe make the guy move a little faster, or have his hitbox be a square rather than round.

I love the attention to detail: the recoil was cool as, and the particles, the bullet's trail, all of it worked well.

Ey man I really don't know what to say.. Thanks soo much for this amazing feedback!

About that admiral guy: My intention was to create a boss that was an asshole, but I really didn't think about it, how like bad it would be after playing all those level for minutes. And this isn't rewarding. (The time doesn't matter)

And of course you'll be recruited!

The square hit box is a brilliant idea and is really better! Will change that for sure :D

Then your idea with moving faster: Maybe I could change that because currently if you press LEFT-SHIFT you go slower, but because you normally don't go as fast you actually don't really need it. But if I would add more speed to the normal walk, then the LEFT-SHIFT need to be used.

And again thanks for this feedback! Really appreciate it :D

Oh that's interesting! Yeah no worries man! One final suggestion then: Maybe (if this were a bigger game) some sort of unlockable item might be more interesting? Like you equip a different type of hat which allows you to go faster but also makes your bullets faster, or something? There's a lot to play around with, and it's hard to choose something when there's so many options. I guess it depends on the mood of the game you're going for!

Keep it up man! Hope to see more cool projects from you!

Man you just unlocked me a completely new form of thinking about this game! Thanks so much for suggesting me that :D

And again, I really appreciate that!

Congrats on first place in the Mini-Jam. The game is very nice.

This is a pretty fun puzzle game. I genuinely impressed

This is a very well made game, already feels ready enough to be its own game...

I really have nothing but praise here <3

Thanks so much! :D

Hello guys!
I just uploaded a newer version of the game! Just fixes of few bugs nothing more...

If you guys want me to add more levels to the game, let me know!

Great game! Really like the gameplay and the difficulty scaling up with each puzzle is very well done! 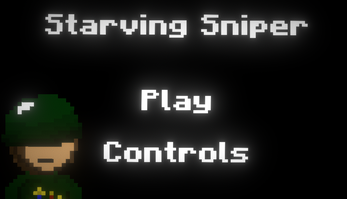 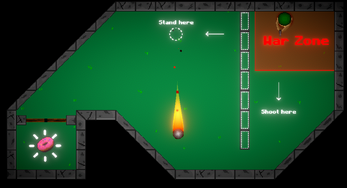 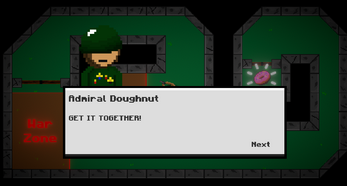